*There are spoilers from all the Fever books in this review, though I tried to avoid the major ones from Burned.* A bit NSFW, btw. 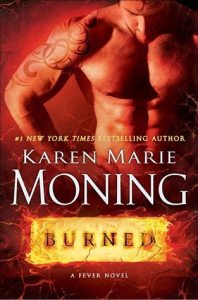 This is will be my most beautiful post to date. Not because of my words, but the David Gandy picspam that is about to happen. B/c he’s Barrons. And he’s beautiful. That is all. I really should turn in my feminist card for how attracted I am to Jericho Barrons. The more caveman and dominant he is, the more appealing. But, I digress. 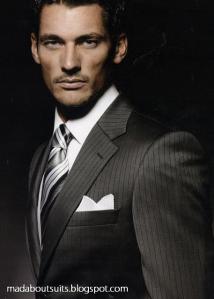 That Barrons sex scene KMM previously gifted us with?

The book opens with that, which comes back at an inconvenient time later on. I would say it had consequences for our favorite couple, but they were glossed over, considering what else was going on around them. Knowing Mac, she’ll whine about it some more in the next book. No need to worry though, the sexual tension between Mac and Barrons is still scorching. This too shall pass. They still have the best non-verbal conversations. I love that they just get each other.

As for the rest of the book. So many emotions…

One word to describe part 1 — FRUSTRATING. Everyone, Mac especially, seems (I say seems b/c Barrons and Ryodan are always 50 steps ahead of everyone else) too reactive, rather than proactive. You’re just as annoyed with her as Barrons and Ryodan because of her brooding and inaction. Even her parents are doing more to restore Dublin. This is more the MacKayla from the earlier books than the kick-ass Mac from Shadowfever. Mac is indecisiveness to the point of being stagnant, which doesn’t help the narrative of the book, considering quite a bit of it is told from her perspective. I would rather have stayed in Dani’s PoV than have Mac reduced to being a fly on the wall. We learn a lot from those moments, but I would rather have been in them than observing them. While everyone was growing up (literally in one particular character’s case — I’m sure you can guess who), getting smarter, stronger, and tougher, Mac was again the clueless girl, out of her depth we first met 6 books ago.

Things do pick up and race towards the end once we get to parts 2 and 3. The cast of characters is plenty. Like I hoped, we get some MacKelter Highlanders, Dageus and Drustran. Dancer makes a brief, but important appearance involving the iced zones left by the Hoar Frost King. We also learn the names of the remaining Unseelie Princes and the Seelie Prince, and an Unseelie Princess makes her debut. The Unseelie King is working to make Aiobheal remember him and their love. It’s really quite sweet and heartbreaking, the few scenes we get with them.

Of the remaining Nine, Lor is moved more into the forefront. There is a moving scene between Ryodan and Barrons that answers a few more questions about their relationship. I won’t say that Moning humanizes them, but she definitely makes them more three dimensional. They are still Barrons and Ryodan, though, which means they’re still overbearing assholes.

And then there are the sidhe-seers (she seers), including new comer Jada, whom I won’t touch in this review because it’s all one giant spoiler that I won’t deprive you of learning on your own. Jo redeems herself a bit. Kat is having trouble leading the sidhe-seers, for which none of us are surprised. She reaches out to Ryodan for help, with interesting results. For the most part, her perspective is a bit boring, except Ms. Kat is keeping possibly dangerous secrets.

Despite most of the book being told from Mac’s PoV, Burned is still about the larger Fever universe, including and especially Dani. Readers shouldn’t be disappointed that she’s no longer the main narrator. Her presence is there, even when she’s not. Her character growth is probably the most significant, though I’m sure some readers will think it too convenient in a way. The revelations we’ll get about her in the next book(s) will be hard to stomach, I think. What we do learn of Dani in Burned is tough enough and will make you glad Rowena met her end in Shadowfever, if not disappointed that it wasn’t drawn out and more torturous.

Finally, the book we love to hate is still messing with Mac’s head. The ending will leave you questioning its presence just as much as Mac does. The Sinsar Dub is definitely up to something…

Despite a rocky beginning, Burned doesn’t disappoint. The final confrontation with the Crimson Hag will leave you in shock, but have faith in Karen Marie Moning. As you’ll see from the ending in Ryodan’s office, not much is as it seems.

A few threads seemed important at the book’s beginning, but were dropped, specifically the We Care people and whoever is writing the anti-Dani newspapers, if it’s not We Care.

Anyway, I leave you with one more NSFW Gandy/Barrons pic. I saved the best for last. Enjoy! Now go read with this is your head.